Started in 2013 and relative to the core success and functionality of numerous Mo Grp projects, including Incubator X, Sustainable Modular Agricultural Systems (S.M.A.S.), Heavoney, RooRest and Wool Shears. Each of which requires a reliable, endless supply of independent energy and electricity.

A device was designed and developed to produce this independent electricity without the need for contracts with energy suppliers, burning of fossil fuels, metal / chemical use, nor any reliance on intermittent and unreliable solar or wind technologies (the so called ECO sustainable movement), which are heavily subsidized by Governments (i.e. tax payers).

Additionally giving consideration to adverse weather locations around the world that often reach temperatures well below -20° Celsius. No other energy sources to date have proven to be reliable or effective.

After substantial research and development, a device was designed to use the existing energy which surrounds all things and converting this into an electricity source.

Our devices are currently in working prototype stage.

A range of devices are being developed for a variety of uses. Including the replacement of the most popular small sized batteries that won’t require recharging or replacement (D, AA, AAA, 9V). Motor vehicle batteries, plus alternative sizes with the capability of powering small to medium apartments, increasing in size and adaptability for larger homes, commercial premises and other modes of transportation (i.e. cars, trucks, trains and possibly aircraft).

Globally, the energy industry is literally a crime syndicate, to put it bluntly. Undertaking independent research reveals some shocking truths. Oil, gas, coal, nuclear, and now the so called Eco / Sustainable movement which incorporates solar and wind farms being established on a grand scale using subsidies. With the latter often using the slogan ‘Saving the Planet’, which is simply a lie. The planet doesn’t need saving, however humans inevitably will from self propelled extinction.

There has also been a huge campaign surrounding battery farms and storage with Elon Musk (the pin up boy) proclaiming to do amazing things with battery production from Gigafactory 1. What most people are unaware of is that the lithium-ion batteries being produced are a redundant technology.

With his typical stuttering sales pitches, interviews, product launches, and marketing campaigns, he attempts to sell us an ideology based on dreams (of which most people buy into), rather than reality. Tesla, Gigafactory 1 and SpaceX are all Government (tax payer, debt) subsidized. None of which actually make a profit.

The redundant lithium-ion battery technology he so strongly advocates requires charging, uses metals and chemicals, has a limited life span, recycling and environmental concerns (little investment in recycling due to cost and complexity), plus requires 1.6 kilograms of oil to manufacture 1 kilogram of lithium-ion.

Not to mention, in 2017 the world’s biggest grid-scale lithium-ion battery was installed in South Australia using Government (tax payer) funding, with an average battery array life span of 2-3 years, while providing a tiny fraction of the electricity necessary to power homes and industry. Nice oversight Elon!

Our goal is to provide people with the opportunity to be 100% energy independent. Removing the extortion at the hands of energy corporations, of which Governments play a formidable and often hidden role.

An endless supply of energy without the need for oil, gas, coal, nuclear, solar or wind.

A substantial reduction in grid electricity consumption and pollutants as a result.

With all devices using recycled materials (primarily plastic) for production, a plastic recycling facility is to be established for this purpose.

It’s what everyone deserves, needs and wants! 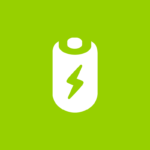